Phase I of the Adam Spach Rock House Park Has Launched

With much excitement, members of Wachovia Historical Society watched in mid-March as the heavy equipment needed to clear the 6.27 acre Adam Spach Rock House site commenced clearing the 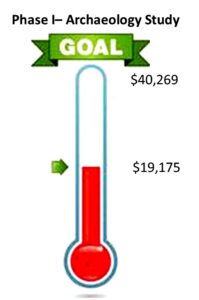 undergrowth and dead trees from the site, making way for the upcoming archaeological study on the site. Since 1917, the WHS has discussed plans for a park at the site but were detained for understandable priorities by the Depression, then WWII, then the restoration of Old Salem in the 4 decades following the mid-1950’s. But as encroaching development, as taken place surrounding the park, the WHS Board committed itself anew to making the Adam Spach Historic Park a reality. In a time when preserving natural spaces in the midst of living spaces is paramount, the park also will provide the element of recreation and green space needed in every growing community. Most importantly, the treasured history of our area will also be preserved, giving food for thought to younger generations of the toil and sacrifice exhibited in settling and surviving in the backcountry of North Carolina in the 1700’s.

Nearly half of the $40,000 for the first phase of the project has been raised. We are grateful for the members who have contributed to the Adam Spach Rock House Fund, and we encourage you all to have a part in this momentous time in our history. Simply click on the “Donate” button on our website’s home page. Then select in the drop-down menu “The Adam Spach Rock House Fund.” All gifts are tax-deductible.

There will be more to follow on the layout of the park and the proposed timeline as we complete Phase I. We will keep you posted!!